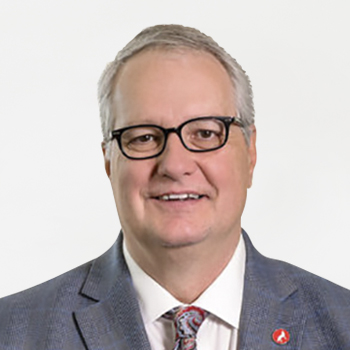 Dr. Warwick Arden is North Carolina State University’s Executive Vice Chancellor and Provost and has been in the position since December 2010. From July 2014 to February 2015, Arden concurrently served as interim senior vice president for the University of North Carolina system, comprised of 17 campuses serving more than 220,000 students.

Dr. Warwick Arden has served as North Carolina State University’s executive vice chancellor and provost since December 2010. Previously, Arden served as interim provost since 2009, and as dean of NC State’s College of Veterinary Medicine from 2004 to 2009. He received a Bachelor of Science in veterinary sciences and a diploma of veterinary clinical studies from the University of Sydney, Australia; a Master of Science in physiology from Michigan State University; and a Ph.D. in physiology and biophysics from the University of Kentucky.

As NC State’s chief academic officer, he has led numerous key campus initiatives, including the development and implementation of “The Pathway to the Future: NC State’s 2011-2020 Strategic Plan,” along with the university’s most recent reaffirmation of accreditation by the Southern Association of Colleges and Schools. Much of Arden’s work focuses on the holistic success of NC State students, as well as support for faculty, from recruitment and retention to making crucial resources available to them throughout their careers and celebrating faculty achievement. Arden has led a National Institutes of Health-funded vascular biology research program and has published more than 100 scientific articles, abstracts and book chapters. He has given approximately 60 scientific and invited presentations and has been a visiting professor at nine institutes. Arden has also maintained an active interest in educational research. He is a member of several professional veterinary organizations and served as president of the Association of American Veterinary Medical Colleges.

NC State prides itself on producing global citizens. Our students, faculty and staff travel around the world to engage with and learn from the international community. Priority partnerships like the University Global Partnership Network leverage complementary strengths in research, education and outreach
to promote scholarly exchange and meaningful collaboration.